Let me take you to a moonlight walk to meet our local frog species. Chhhht they are quite secretive ! Put your wellies on, don’t forget your headlamp… On the road to Kloof Private Reserve in the Greater Durban area.

About 160 species of amphibians have been described in Southern Africa. We can find 26 of them in Kloof – here are some of them. To get things into perspective for europeans fellows, you should know that there are only four species in amphibians in the UK for example !

Kloof frog (Natalobatrachus bonebergi) is a species endemic to the provinces of KwaZulu Natal and Eastern Cape. Edemic ?!? A spieces is endemic to a region, a country or any restricted area if it is only present in that limited area. For this species in particular, it extends only to 150 km2 ! Because of its fragility and to threats towards its habitat, Kloof frog is listed as “endangered” on the UICN Red List.

The Natal Leaf Folding Frog or Afrixalus spinifrons is a species that is not easy to find ! It is endemic to South Africa where its distribution area is wider that the previous one. However, it can be found in small somewhat isolated patches… put together they reach about 1900 km2. This is why this species has a “vulnerable” status.

The Natal tree frog“, Leptopelis natalensis,  occurs in coastal forests of KwaZulu Natal and Eastern Cape. It is a pretty common species, but pretty nice ! Well, I for instance, like it !

The Bubbling Kassina, Kassina senegalensis, is a species with a pretty wide distribution :   Senegal, Kenya, Namibia and South Africa… and is found abundant. Some populations can be threathened by habitat loss but the species is threathened globally. It can be occasionally found on the “new pet” market, but, at least for now, not at a level that could be harmful.

In the “funky” category, I give you the  “Painted Reed Frog“, Hyperolius marmoratus. It is actually a super-species… Now it’s getting to be complex. All along its distritbuion area, in fe countries in Southern Africa  (Malawi; Mozambique; Afrique du Sud; Swaziland; Zimbabwe), few variations occur that can be quite difficult to decipher – and we do not know (yet!) if there is actually one or more species. In this particular case, the members of this super-species produce the same songs, have the same ecology BUT have very different patterns on their back.

The “Bush Squeaker“, Arthroleptis wahlbergi, lives and breeds in the litter under the trees in coastal forests, thickets and adjacent meadows. In the tall grass, they are rather difficult to encounter although there are many of them. We must therefore wait for one of these tiny creatures to decide to cross the road.

The Bronze Caco, Cacosternum nanum, is a very common species which is found in a wide range of habitat: savannah, prairie, plantation, urban area … It seems resilient and therefore not threatened.

As a bonus, I had the great joy and happiness to see a CHAMELEON. His nickname : Chamaeleo dilepis or flap-necked chameleon! In itself, this is not really exceptional – it is apparently abundant species with a wide distribution – but for me it was. 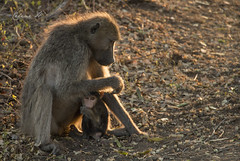 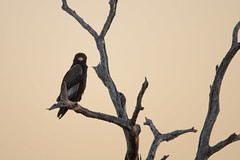 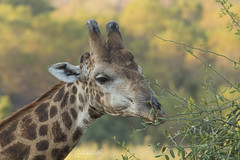 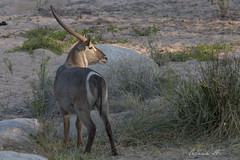